Born in the Bronx, of Puerto Rican ancestry, bandleader and piano player Pete Rodriguez was one of the most important Latin boogaloo artists of the 1960s. (Latin boogaloo was born when Nuyorican musicians mixed R&B and doo-wop with traditional Latin sounds.) Rodriguez’s album entitled I LIKE IT LIKE THAT (released on Alegre Records in 1967 and purchased by Fania in 1975) became famous, and its iconic title track has been covered and remixed innumerable times over the decades.

The album’s reissue on vinyl, released today by Craft Recordings, has all-analog mastering from the original tapes. It’s now available on Amazon.com for just under $21.

To promote today’s release, a new video of “I Like it Like That” was posted earlier this month featuring archival footage of the New York Latin dance scene of the 1960s intermingled with video of  contemporary dancers twirling to the song. It’s a good one that for sure will leave you dancing. I’m posting it below for your enjoyment.

Nov. 5 is our quinceañera! 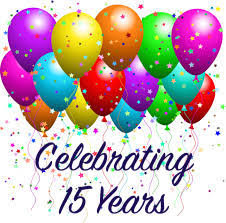